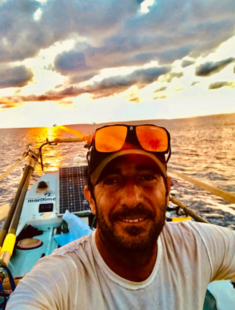 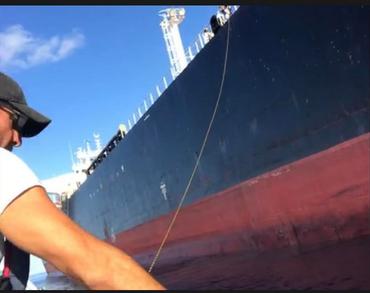 This unlisted page is set up for that reason in effort to share similar unbiased and unforced understandings with others while providing inspiration and confirmation to others seeking it.  A free, unpaid, effort to simply tell the facts of my finding during my spiritual pilgrimage, I see as truth.

The word SEE, to me has always been something I asked growing up, when I would see celebrities and more on stage, make the sign of the cross and point upwards.  What is it they see?

I was raised by two parents under the umbrella of Christianity.  Attending the Catholic mass each Sunday, I was later confirmed and even attended the Catholic University of America, for my final year of the 4 completed, thru college.  With a father known for his educational expertise amongst the Catholic religion, it was odd that my conversations were rare and far between about his work and beliefs.  More so, without open lines of communication, given the trial and error that have occurred thru my quest to get this stage.  Hard for any parent and just as hard for any child, to really understand, one can only point blame at their own actions.  So, leading and controlling the only things I can in life, my actions, I set out to row my boat, living the way of a devotee.  Living on bare minimums, sleeping on fiberglass of a boat daily, I unknowing at the time, fasted and embarked on a true spiritual devotee path.  Now, I find myself asking those questions alone, without the support of either parent growing up, truly immersed on my pilgrimage, where it all begins.  I termed the journey SEE LEVEL, an effort to ask, find, and understand all beliefs higher than the humans from an unbiased level.  Communities, People, and more.  These are the stories as they happen to me, as I SEE each one.   WHY NOW?  Well, it just so happens the first story I share, was the one that allowed me to SEE the connection to the rest....

It is Dec 25th, 2021 and I have just now come to terms with the chain of events that have taken place over the course of my 44 years of life.  Yes, 44 years and at this particular moment, it may be my last.  My last because I am currently 250 NM offshore in a Ocean Rowboat without food and more so, a way to reach land for the next expected 10-14 days to get any.  Strange enough, I have two books in my Ocean Rowboat at the moment, both oddly running parallel storylines from the same era, only different areas.  Being two of three total I have ever managed to read in my 44 years of life, they have summed up my current situation as well as solved it.  One of the books titled, The Sermon on the Mount, and the other titled Jesus the Yogi, have purposed my expedition.  More so, now offered an expedition title, The Beatitude Expedition.

Roughly, exactly two years prior to my Oct 9th, 2021 departure, I was invited to India in Vrindavan among the Hare Krishna for their great month long celebration.  The invite came to me from a long distance friend in New Zealand who had worked with me prior on one of my TV series programs I created called, Bucket Wish.  My most rewarding creation to date, Rachel guided her less fortunate kids along with me on bucket list adventures, making their wishes come true.  It was now, she returned the favor to me, going thru my own less than fortunate chain of event earlier that year.  Meeting her Guru in India, BV, I found myself in a wonderful culture shock.  More so, it was here I lived amongst the devotee's watching and listening to their chants and practices.  Taking notes and saying my goodbyes, I returned to the states after a short week long visit.  The following year, appreciative of the Hindu and Buddha ways, I found myself managing my less than fortunate chain of events but still seeking that next adventure.  Removing the big farm options from my diet, I took a more organic approach.  Then, one day In deep meditation on the beaches of Southern California, the picture became clear.  Working with Maps Canada on the options offered to reach this level of meditation, I found myself able to reset my mind.  Just then turning 43, I vowed for the next half of my life to be lived as a more purposeful one.  Deeper and deeper into the meditation, facing the Ocean, I found myself being pulled towards the water.  A calling I can only explain as a voice the SEA by God, hearing the words, come it is safe.  It was at that moment, I decided to stay with that voice, path, and strength to overcome all fears I had of the Ocean.  Even with my limited to zero level of experience and sea sickness.

Then, one year after that moment now just turning 44, there I was embarked on the journey.  Only this time, 250 NM offshore on an expected 10 day run across the SEA OF CORTEZ.  Successfully 45 day in, I was making my way down the coast of Mexico as the first Ocean Rowboat to attempt and accomplish such a feat.  Leaving Cabo San Lucas, 14 days, in pointed for Puerto Vallarta, the two weeks of constant winds, were sending me well SW of my destination.  Knowing my food supply and budget since original departure, would only support the expected 10 days plus 1.5 emergency supply per day, anything more than 25 days at Sea, would cause an unplanned fasting, not one devotee I know would be prepared for.  Just getting to terms with the distance I had been pushed offshore, it was here I realized I was being offered those 40 days and 40 nights of spiritual guidance, one learns about from other religions.  Going now on 30 days in, a compound list of items were starting to make things even harder to reach land and also communicate with my mission control rescue options.  Then, the SEAS went flat.  Calm, peaceful, and filled with a purple sky.  This lasted for the remaining weeks.  Unfortunately, there was still no one in sight and more importantly, no food as well.   Since my initial departure a few months prior, I had listened to the SEA and my various guru readings, reminding me to make an offering to the Mother Sea before each meal.   This was a practice taught by many Hindu forms similar to my time in India.  So, with the tides now turned, I found myself now going on 78 hours without food and time for the returned favor, no?  With my legs too weak to row, eating at their own muscles, my mind was also going.  I began walking a thin line of consciousness with various visions and conversations with God I journaled for the following week.  Stranger enough, at a level of peace with the calm Seas, wondering what was next and if this was the end, but ok with the any outcome, as I was connected to God.  It was shortly after, that it was clear, my journey was to be carried on.  By the support of others from mission control and a higher means by more than just chance that a cargo ship from the middle east, specifically India, came by offering me a food drop that was the greater than any Christmas present ever offered me in my life.  And it was after all Christmas, which for me came with validation that my time and devotion to the understanding of the Hare Krisna ways was on that boat too.  Offering my Krisna thank you, I was given the same.  It ended up being 1 of 3 that came thru during that 40 day period.  Just a few reinforcing moments that my journey was just beginning and as long as I stayed with the called path I feel is just that, more stories and messages are to come.  I cried and Smiled aboard my boat named Smiles because I had now had a chance to SEE Krisna.

-On the day mentioned above, an excerpt from my journal, is shared.  Full details of this encounter, with prayers and communication specifics, will be offered at a later time.  Safe on land now, the miracles that took place, were one of a few over the last few years.  Lifesaving to say the least, offering me the chance to still make the choice to share them now, as best as I could.  With my spiritual pilgrimage in mind, it is the chain of events that took place prior and presently, confirming a higher calling, I now devote my continued journey too.

This page will be updated with the first hand accounts as they are still offered to me.  If you would like to support or help me continue to stay all in on this path, it is greatly appreciated and your efforts can be offered to me directly with the green button linked to paypal below.  My efforts for supporting my journey are still evolving and while my volunteered time rowing my boat takes up all of my time, I am hopeful I can find a means to support my continued pilgrimage.  I don't come with an affiliation, org, or subscription, I do come with an understanding we are all from something greater than each of us.  It is that understanding I vow to hold true factual account, sharing the stories in the same manner, for the remaining days.- Aaron