"FAITH OVER FEAR.  THIS HAS BEEN THE ONE OF THE RULES I REMIND MYSELF WITH EACH TIME I LOOK FOR ADVENTURE.  FAITH IN THIS SENSE, REFERS TO THE BELIEVE IN MYSELF, TO OVERCOME THE GIVEN FEAR I AM FACING, AND THEN FIND THE REAL BEAUTY LIFE HAS.  IT KEEPS MY ADVENTUROUS LIFE GOING."- AARON

Over the last decade, Aaron has traveled through over 100 different countries, by way of unconventional travel, which has led to some unforgettable memories.

'Around The World without a bag', for 50 days.  Exploring the idea of minimalism in 2010, Aaron embarked on his first around the world expedition.  Without the comforts a bag, he wore a travel vest, a few layers of clothes, and went through 8 different countries over the course of 50 days.  It was Aaron's first experience with the minimalism way of life, while putting to test the rising cost of airlines bag fees, the media was discussing.  You can view a few videos from his journey, here.

'233 Days In A Canoe'.  Breaking the Guinness World Record for the Longest Distance by Canoe or Kayak (3,250 miles as of August 2016), Aaron set out in the headwaters of the Missouri River and paddled down the entire Missouri to the confluence of the Mississippi near St. Louis, then down the Mississippi to the Gulf of Mexico, where he then went to the Atlantic Ocean.  An estimated 5,000 miles, Aaron took the open top canoe, further than anyone had done before according to his notifications by the Guinness Book of World Records.  The journey as documented here, became more about the 100's of strangers he met along the way which he declined to take the record later, for reasons his journey was about.  Full story as featured in Men's Journal and Canoe and Kayak Magazine, can be found here.

'Rowing Around The World', 5 years at Sea.  As of October 10th, 2021, Aaron set out from San Diego in an Ocean Rowboat.  With no experience and a fear for the Ocean, Aaron vowed to keep 'Rowing my boat', as long as he could support the effort.  A world's first to circumnavigate the globe by same form human power, as of September 1st, 2022, Aaron reached Nicaragua.  Keeping to his rules of no stops longer than a certain amount of days, he has become the first Ocean Rowboat to row down the Pacific Coast this far.  He will attempt his first of three Ocean crossing late December 2022 after he reaches his circumnavigation point of Panama.  You can learn more here as well as access the full PRESS PDF here

Over the course of the last 15 years, Aaron has traveled through over 100 countries and done countless 'bucketwish' adventures, while earning his keep, and helping others do the same.  Those videos and more can be found on Roku, Firestick, and other streaming platforms, as 'Adventure Aaron TV' 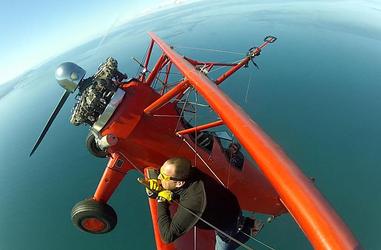 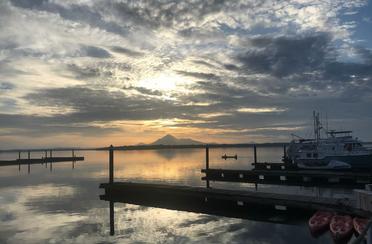 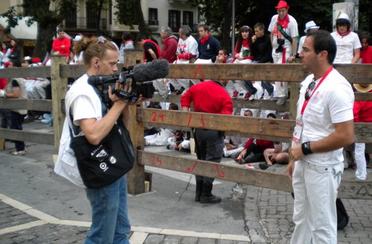